What is Final Expense?

Final Expense is a non-participating whole life plan designed to cover folks who may have waited a bit too long to purchase insurance, or a bit too ill to get a fully underwritten policy.

How does it work?

Much like a whole life policy, it covers the insured with a specified amount until the plan reaches its end (usually between 95 to 121 years). Because it is designed for people who are not in the best of health, it is separated into three different categories.

If they qualify for the immediate coverage, the insured is covered from day one. Generally, this means they can answer no to all of the questions on the application.

This is also called the Return-of-Premium benefit. There is a two- or three-year time in which the beneficiary just receives back the premiums paid, plus a percentage (between 5% and 20%, depending on the product).

✓  Waiver of Premium – Premiums are waved based on the first year premium, which means the annuity option is covered as well.

✓  Accidental Death Benefit – The same as any other plan, should the insured pass by an accident, an additional death benefit is included in addition to the base plans death benefit.

✓  Children, Grandchildren, and Great Grandchildren Rider – Covers either a child, grandchild, or great grandchild, depending on the age of the primary insured and which children are covered.

Why a Final Expense plan?

Be mindful that this is final expense, not guaranteed issue.

Where can I use this?

With the pricing of the final expense, it’s great for anyone who is older and looking for a small policy. Final Expense plans are designed to cover funeral costs and a few extra things. They can begin as small of a death benefit of $2,500 to as high as $35,000. It can be used for coverage for anyone from age zero to age 85.

Final Expense plans have one major advantage to most plans, and that’s expedience.

Each policy requires a telephone interview. There are two options to take care of this.

The first and least popular, but sometimes very useful, is the ability to simply have the company call your client and go over the application once again and give their underwriters the recommendation and information (MIB search and prescription check) received. When is this a good thing? If you can’t call in right away, there is the option to do so at a later date. Some companies only allow you to call during certain business hours.

The second and best option is to call the call center directly at the table. The same basic phone call is done, but the agent receives the underwriting decision at the end of the phone interview.

Make Us Your Insurance Provider 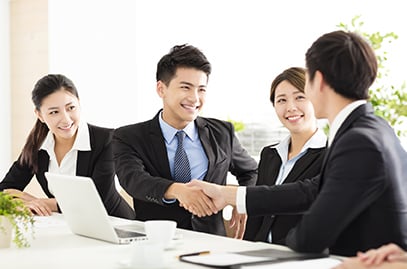 We are closed on all major holidays.